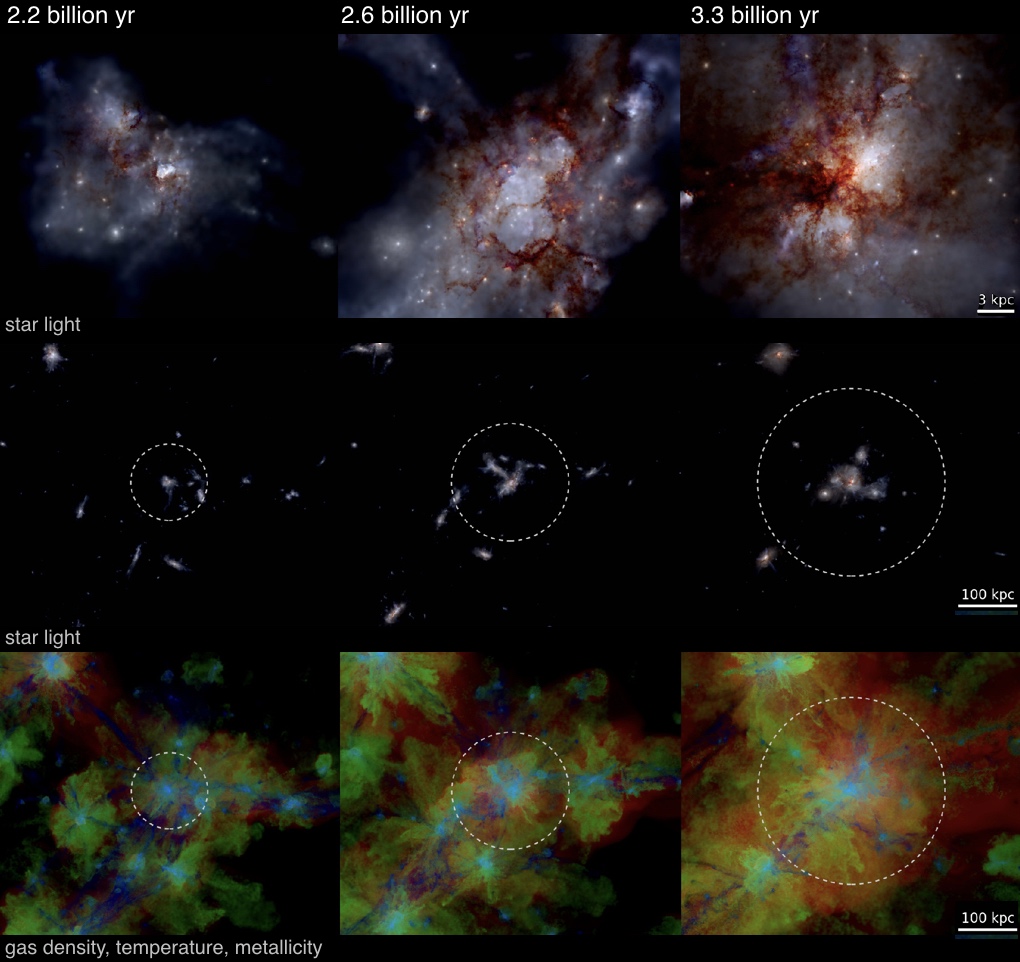 The peak epoch of star formation in the Universe, about 9-12 billion years ago, marked a time of vigorous stellar mass growth for most galaxies. The high star formation activity was likely fueled by the accretion of relatively cool gas from either the cosmic web or from the large reservoir of neutral gas that surrounds most of these galaxies. However, a sizable fraction of massive galaxies at such early times formed stars at a significantly reduced rate. These observations pose a number of questions that have yet to be answered, and include the following: • Which physical processes are responsible for the quenching of star formation in massive galaxies? • What is the structure and composition of the halo gas surrounding massive galaxies? • What are the physical conditions of sub-millimeter bright galaxies and why are they so luminous? • How are star formation, stellar feedback, gas inflows, and outflows interconnected?MassiveFIRE is a suite of high-resolution cosmological simulations designed to address how massive galaxies form and evolve at early times. MassiveFIRE implements the comprehensive stellar feedback model developed as part of the Feedback in Realistic Environments (FIRE) zoom-in simulation project, which has been successful in reproducing observed galaxy properties without the need to fine-tune model parameters. First results based on MassiveFIRE have been published and can be found on the dedicated project website.